European Real Estate – Why PE’s are not in gloom?

So much has been written about the turmoil in the European markets that it is now a part of the region’s muscle memory. Pandemic, Fed rate hikes, soaring inflation, the Ukraine war of attrition, the energy crisis and finally, the 44 day government in the UK which roiled the UK and the European market, before it demitted office. The narrative was not as much as to the ‘how’ of any solution since political and financial leaders were trying to understand the ‘what’ of the problem. It was the classical FUD factor (Fear, Uncertainty and Doubt) at play.

However, there seems to be some clarity now. The Fed has already clarified that the rate hikes will continue till the end of the year. The Energy situation is being handled with a certain degree of firmness and the UK has a brand new Prime Minister.

The European real estate market, besieged as it was with soaring inflation and unprecedented interest rates is increasingly offering opportunities for the private equity. While overall fund raising in Europe1 went up by a very healthy 16.9% in 20-21, as compared to a an average 8.1% in the previous 5 year period (2016-21), a report by UBS suggests that  a significant amount of capital earmarked for European real estate will be deployed, albeit with higher levels of caution which may lead to a longer deal cycle. If anything, real esatae may continue to be safe haven in a market marked by turmoil.

The impact2 will be at two levels. The markets closer to the attrition zone – Baltic, central European and east European real estate will probably command a higher risk premia as compared to markets in the western Europe, which by and large ought to remain unscathed during the crisis. Secondly, with most of the uncertainties factored in, the only imponderable will probably be the length and nature of the Russo-Ukraine crisis, which once again will have, if at all, a marginal impact on the European real estate.

The reasons are many. For one clearly there is a yawning gap that has been created by the banks reluctance to finance that needs to be plugged. The clearing banks are running shy while the debt funds and investment banks are rather choosy and selective. This presents an immediate opportunity for the private markets to step in.

Secondly, the listed space is likely to throw up opportunities. For instance, in early October, German real-estate giant Vonovia3 was trading at a discount of 50% per share as compared to the price in December ’21, while the UK’s Segro was 40% cheaper. These kind of opportunities are likely to increase allowing the PE funds to make a play, albeit at a higher cost than what it was last year. While most managers agree that the earlier interest rates of 2019 is not expected to return anytime soon, there will still be interesting opportunities for the private equity funds to consider European real estate as an attractive destination.

Thirdly, the interest rate hikes and inflation will be a reality till mid-2023. However, while this may push up some borrowing costs, the real impact will be on the incomes from the property. While it is not expected to have an immediate impact on the incomes, there will be increase in income from early 2023 that will have a positive impact on the returns. Over the medium term, there is likely to be an evened-out result which will probably balance out the cost of capital and the increase in incomes, leading to a net neutral outflow. Consequently, for the PE players who are eyeing the opportunistic play, there could be some short term pain which eventually will get mitigated from mid-2023.

Eventually, it will be the depth and duration of the current downturn that will determine the speed and extent of recovery. As Kary Pitkin, Head of Business Development at Allianz – the world’s biggest real estate investor said3 during the EXPO real Conference in Munich in the first week of October this year, “what has been surprising is the speed?”. The question in Pitkin’s mind was the scenario when the interest rate behavior after spring of 2023, when the Fed corrections cease.

The FUD factor promises to the large PE players and Hedge funds an interesting opportunity wherein there could opportunistic plays as well as medium-term investment plays that could actually leverage the current turmoil and lead to a higher set of returns as against the rest of the market. 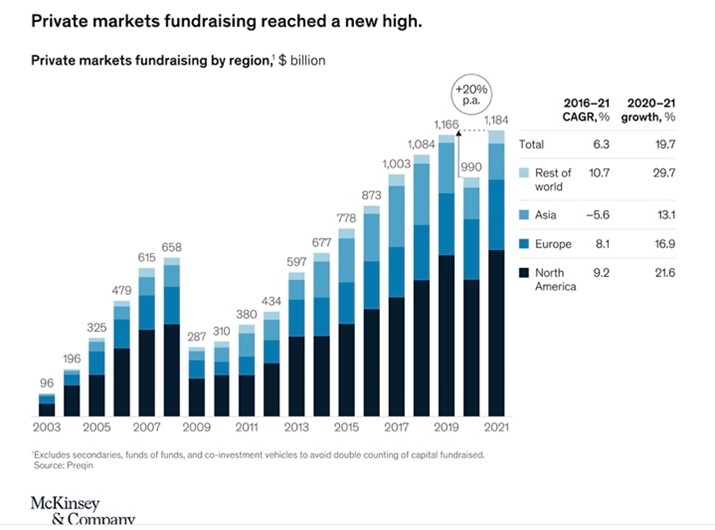 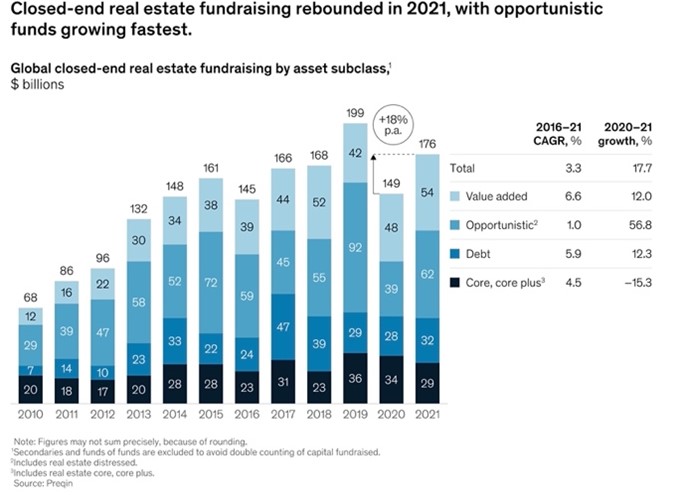