Recession: Writing’s on the Wall, or is there a Silver Lining?

The World Bank has called it out in its latest ‘Global Economic Prospects’ report. The IMF predicted the worst in October 2022 itself. With the US Fed hinting at more rate hikes in 2023, and the UK acknowledging a slump, the global economy appears to have set itself up for a recessionary bout. The optimists are quick to point out the 0.1% growth in Britain’s GDP in November, and the Fed is indicating that the US was close to a peak level for federal funds. It may take a few months before there is clarity on what is causing this light at the end of the tunnel—does it signal that the worst is over or is it just an oncoming train?

The World Bank report1 expects global growth to decelerate sharply to 1.7% in 2023, making it the weakest pace of growth in three decades. What makes it worse is that this figure is 1.3 percentage points below the Bank’s early forecasts. This reflects the synchronized policy tightening across countries to contain inflation, following the geopolitical disturbances caused by the Russia-Ukraine conflict. As per the World Bank, slow growth, tightening financial conditions and growing debt could weaken investments and trigger corporate defaults.

However, the World Bank appears optimistic of a turnaround if negative shocks such as a further inflationary spike and contraction in monetary supply are checked after the first quarter of 2023. This is what the US Federal Reserve would be monitoring as it leads up to the year’s first of its meetings on February 1. In fact, on December 14 last year, the Fed projected that rates for 2023 could move between 4.75% and 5.75%, implying that at least one more rate hike could soon follow. The CME’s FedWatch2 expects rate hikes of 0.25 percentage points on February 1 and March 22, after which it could hold steady.

Recession is just delayed, not averted

The numbers released by the UK’s Office of National Statistics mid-January suggested that the country’s GDP grew 0.1% in November after a 0.5% expansion in monthly real GDP in October, thus averting two consecutive quarters of negative growth. But, experts believe that this is just a case of the worst getting delayed, not averted. Jeremy Batstone-Carr, European strategist, believes3 this was a blip that could hardly disguise the likelihood that whilst recessionary conditions may be shallow, an economic contraction is underway. That the Bank of England’s tightening measures is still to be fully felt needs to be factored, as do the 25% corporation tax hikes and the expiration of tax reduction on new investments. This appears to be the light from that onrushing train!

All eyes remain fixed on the Fed

From an immediate perspective, all eyes remain on the Fed, which could take a softer approach or continue on the hawkish path. Jerome Powell has hinted at continued rate hikes through 2023, unlike bank analysts who want us to believe that the rates would hover around 5% for most of 2023. They point towards the Fed’s wish list that includes some cooling off of the wage growth and a decline in the lower price rise for services. These need to happen in tandem with prices of goods remaining steady and housing costs subdued for the next 12 months. Since July-end, month-on-month inflation has trended lower than earlier. However, in terms of annual numbers, it stood at 7.1% and 6.5% for November and December, respectively. This downward drift is attributed to falling energy costs resulting from a less-than-severe winter.

The US, the Euro area and China continue to show pronounced weakness, with the resultant spillovers exacerbating headwinds faced by emerging markets and developing economies. Persistently elevated energy prices are expected to dampen importers’ outlooks globally while falling metal prices weigh on trade across Latin America and Sub-Saharan Africa. The projections also include slowdown of imports from advanced economies traditionally impacting East Asian and Pacific economies. The level of impact would depend on how the US fares from here on.

While we wait for Powell’s next move, there seems to be a bright note coming from the IMF. Managing Director Kristalina Georgieva is talking about a rebound, though she predicates it on China easing pandemic restrictions and the Russia-Ukraine war not worsening and possibly even coming to an end. “We think we’ve bottomed out,” Ms. Georgieva said. “We are going to see, toward the end of 2023, hopefully a reversal in trend toward a higher growth trajectory in 2024,” she told reporters4 in Washington.

As global leaders gather in Davos for the annual World Economic Forum summit, all eyes may again turn towards Powell. Would the dove make an appearance now or will the hawk continue to prevail? 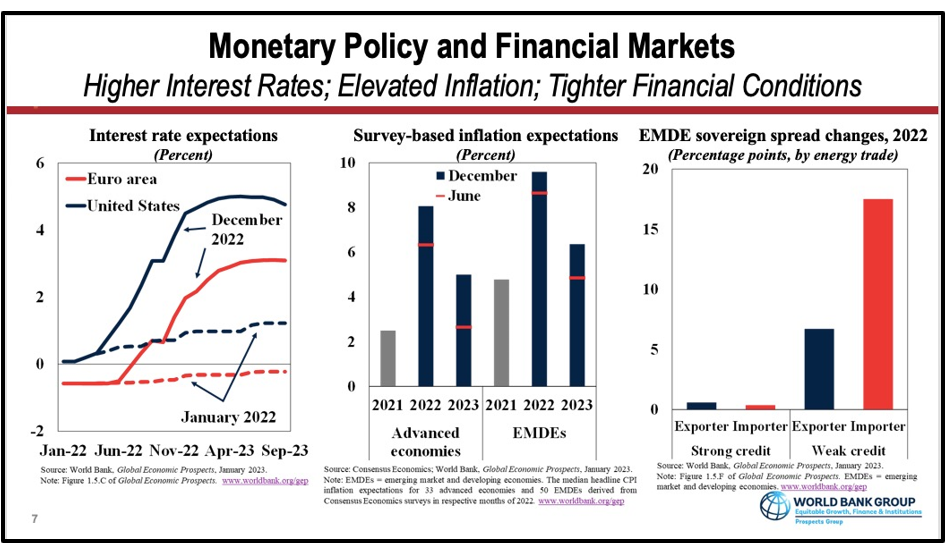 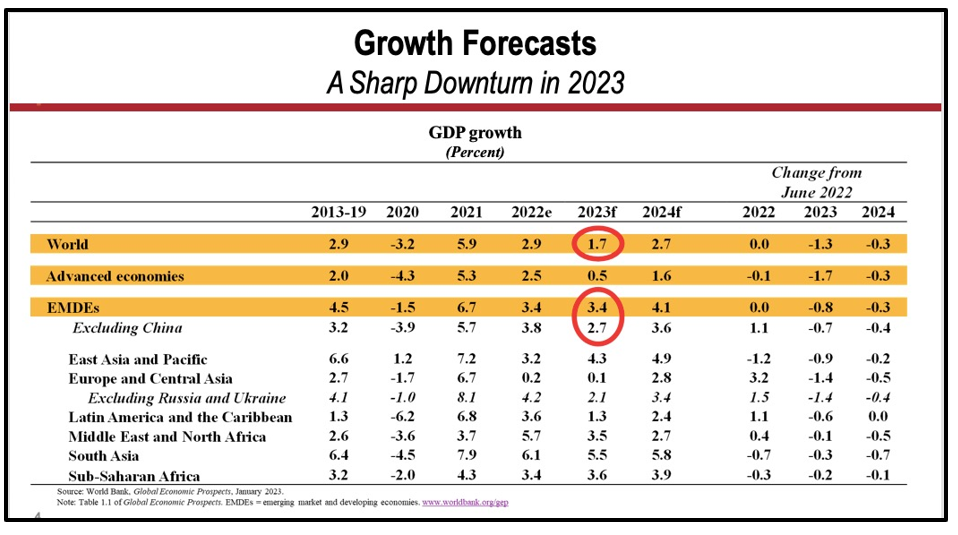